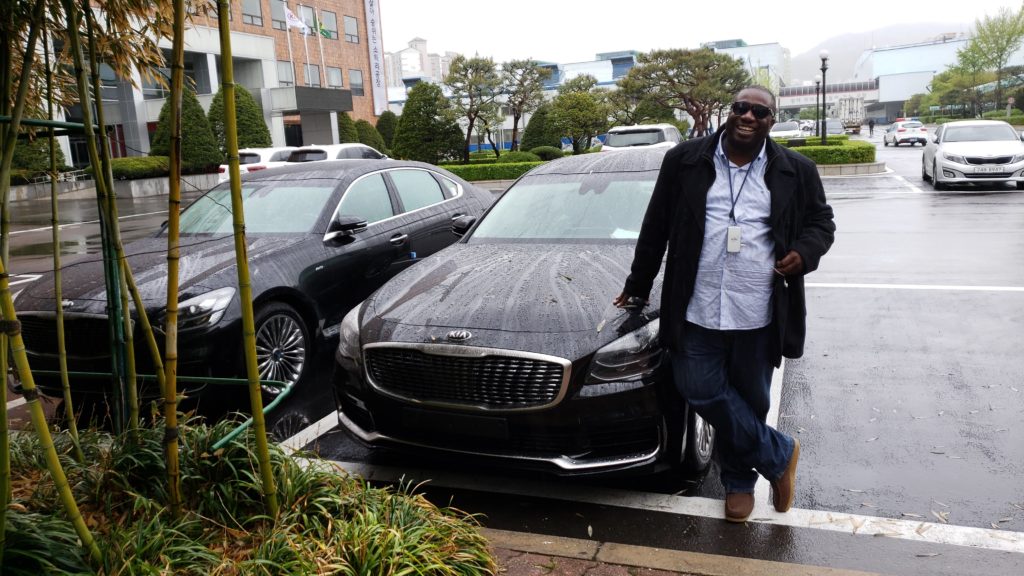 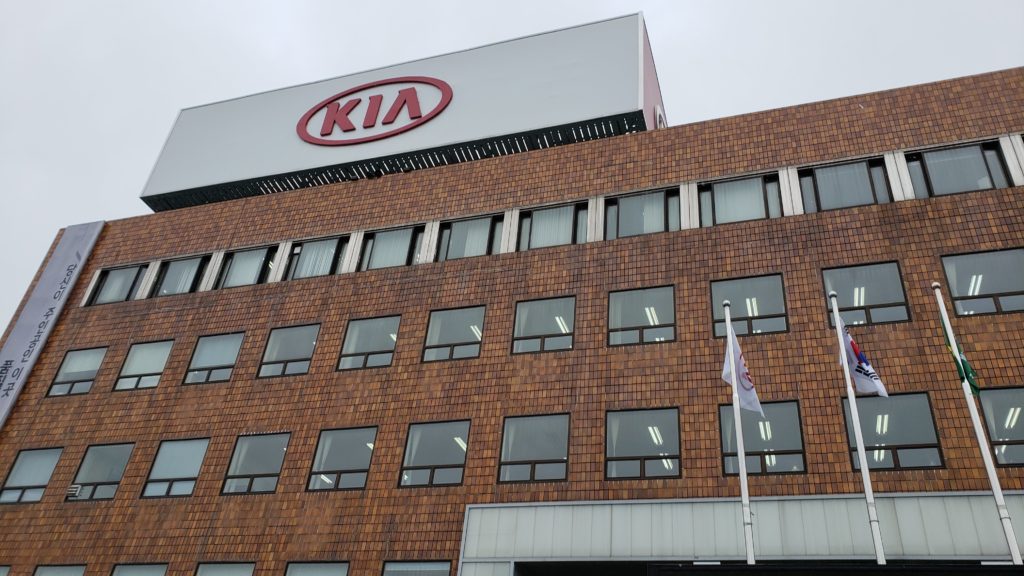 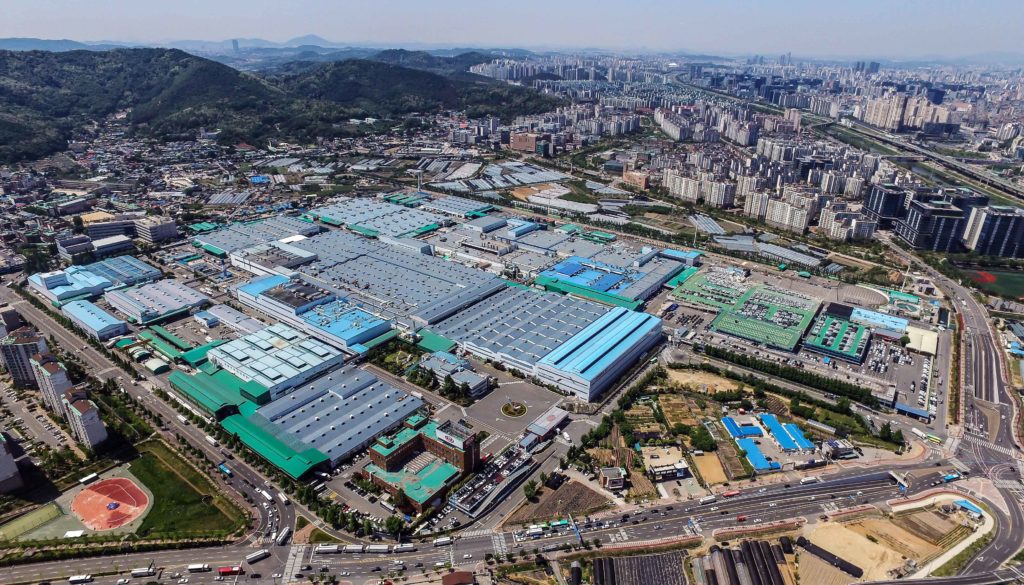 After a spectacular visit with sister company, Hyundai, I was more than eager for my visit with Kia at the Sohari factory outside of Seoul. During my trip to Hyundai, I was able to get a peek at how their cars were designed and manufactured, but at Kia I actually visited a factory and got to see vehicles get made. In particular, I had a desire to see the Stinger and the K900, though it is called the K9 in Korea. Although Hyundai is the parent company with the motor division called Hyundai Motor Group, the approaches of the two companies are quite different and they are primarily run separately. Kia, however, pulled off the master stroke coup by signing fabled designer, Peter Schreyer, away from Audi and the results were instantaneous.

Vehicles like the Optima, known as K5 in Korea, the Cadenza known as the K7, the Sorento, the Sportage, the Forte, the Soul and the Stonic among others, show vast improvements in fit and finish, styling cues, interior designs, and features, upgraded materials and Kia’s own UVO telematics system.The changes were profound and a partnership with the NBA brought the brand larger cultural relevance. In a special appearance in the 2011 Slam Dunk Contest, Blake Griffin made the Optima a centerpiece of his performance and blew the world away. Together, Blake and Kia found super stardom in a series of commercials. Lebron James partnered with Kia in 2014 and the K900 was introduced as a luxury option to American consumers. That initial K900 broke ground and moved Kia upmarket as a premium brand. That model is manufactured at the Sohari plant.

Hyundai and Kia share powertrains and platforms yet plan their vehicles differently to avoid overlaps in the same segments. A vehicle that could be an evolution of the upmarket move by Kia is the Stinger. It is a four-door rear wheel drive sports coupe, with an all-wheel drive option that is a direct competitor of the BMW 4 series and the Audi A5 (which I saw come off the assembly line in Ingolstadt Germany). I recently drove the Stinger and the fit and finish, performance and styling were all remarkable, providing context for what I saw on the assembly line. The Stinger shares its platform with the Hyundai Genesis, which for the past 9 years has been introduced as a luxury option to American consumers. Designed to compete with the best offerings from Germany, the Stinger was tuned at the fabled Nürburgring track with a top speed that exceeds 150 miles per hour. A lot of what has been going on with Kia actually bore influence on Hyundai itself with Peter Schreyer taking over design for both companies entirely.Hyundai also launched an N division to bring a series of high-performance vehicles to market.

As so many fascinating things set the table for my visit to Kia’s Sohari factory, I pondered how the workforce is built to manufacture products like the vehicles at the Sohari plant. Opened in 1973 to make motorcycles and similar vehicles, the Sohari plant now has a body shop, a press shop, two assembly shops, and an engine shop. The production capacity is over 310,000 vehicles in a space that is 500,000 square meters. Around 5,869 employees work there which is about 15% of Kia’s workforce. The evolution of making cars like the Kia Pride in 1987 to producing sophisticated vehicles like the K900 and the Stinger, now requires a capable workforce and I assume education has a large role in the equation.The scale of advancement in engineering from automobiles like the Pride to the Stinger and K900 shows how rapid the growth of South Korea’s economy and technological development has come about in the past 30 years since the Olympics in Seoul in 1988. Hyundai is a conglomerate in South Korea and Samsung is the largest company with several divisions. LG is also dominant with amazing growth in the past 10 years. During that period South Korea has ranked near or at the top of global education. 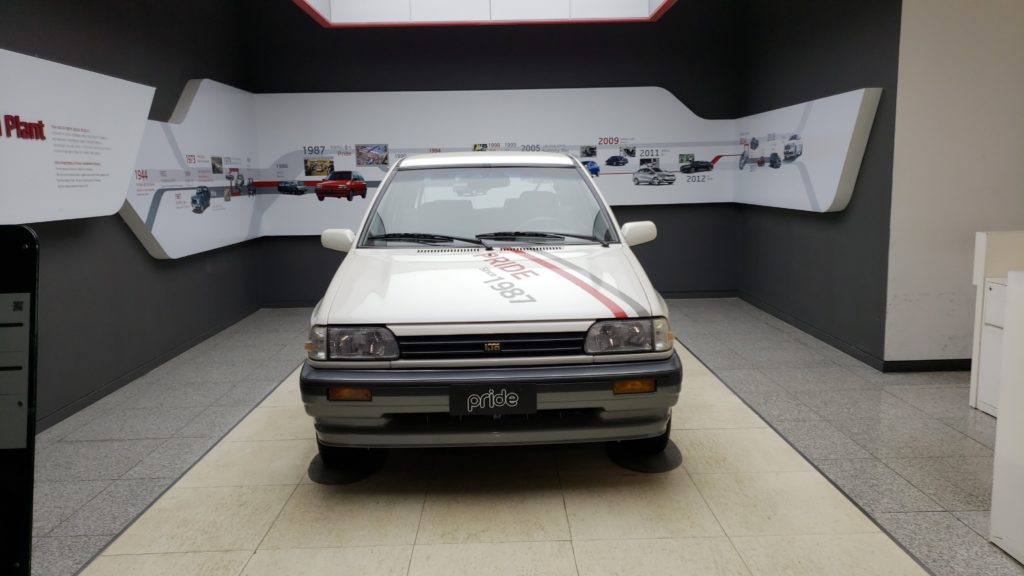 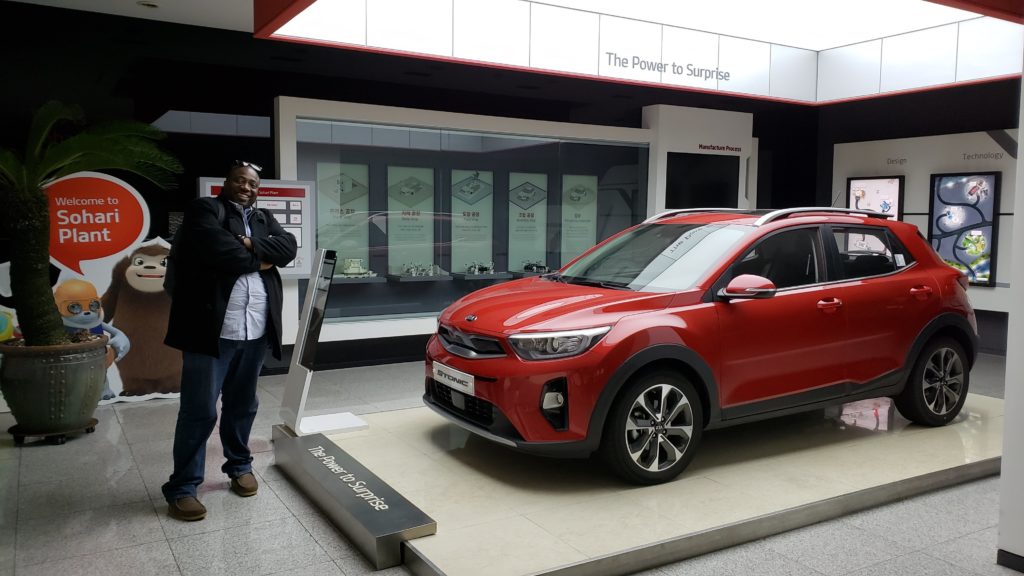 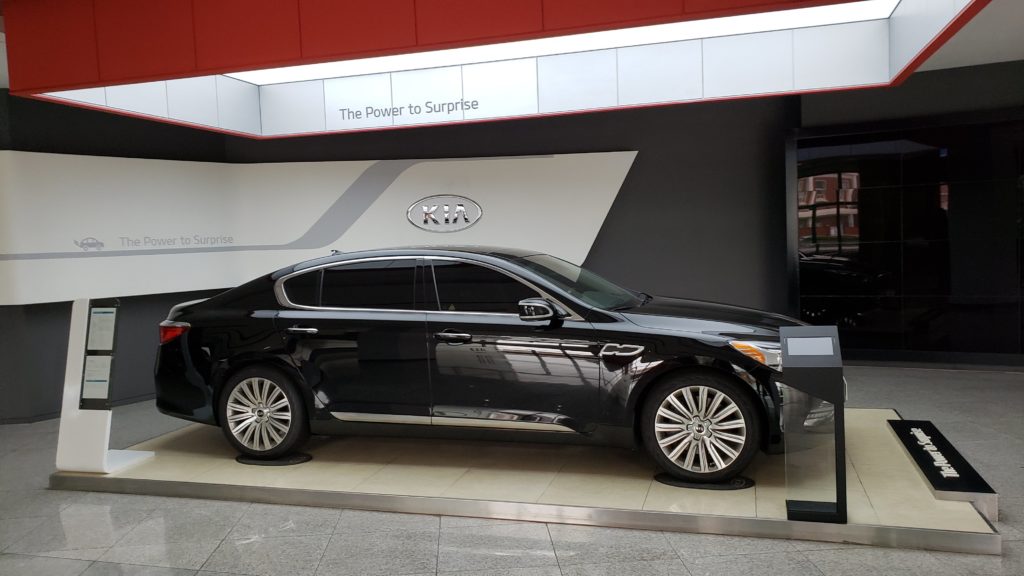 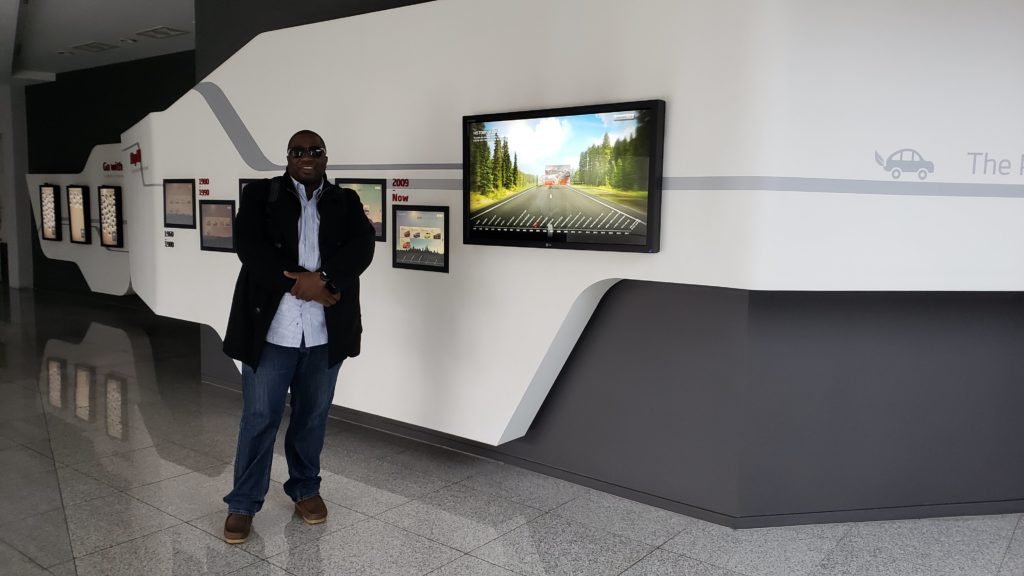 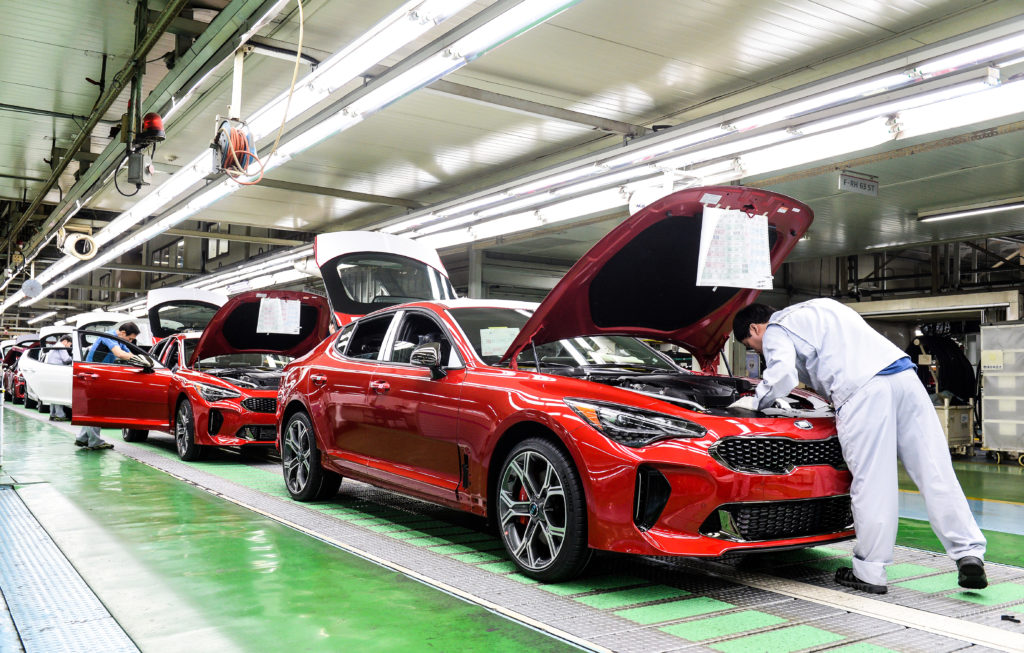 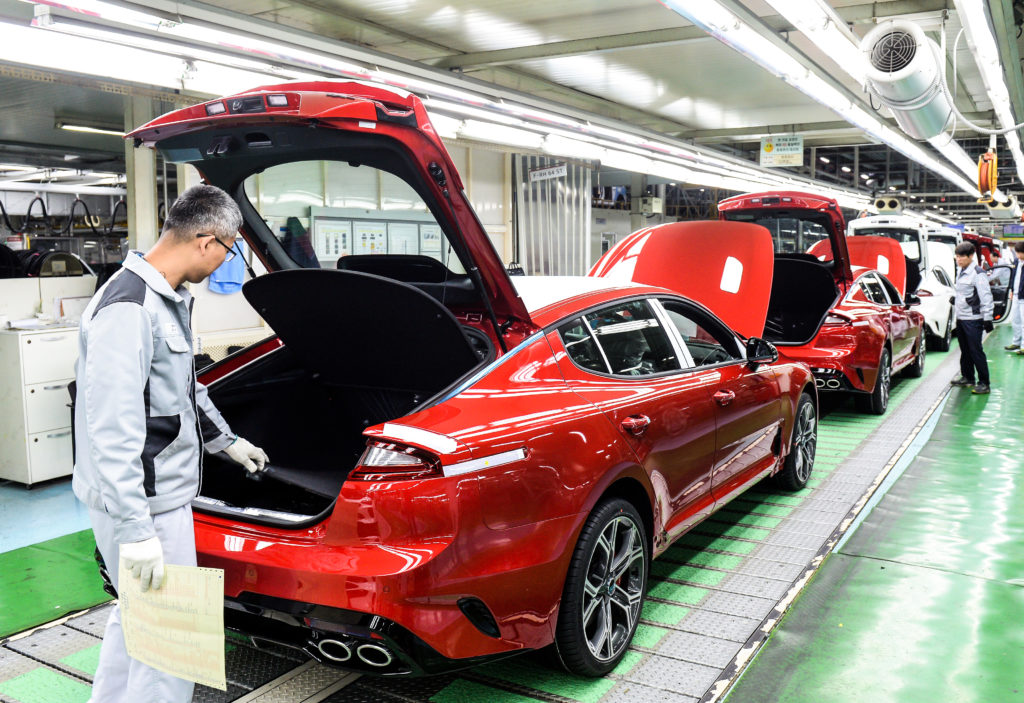 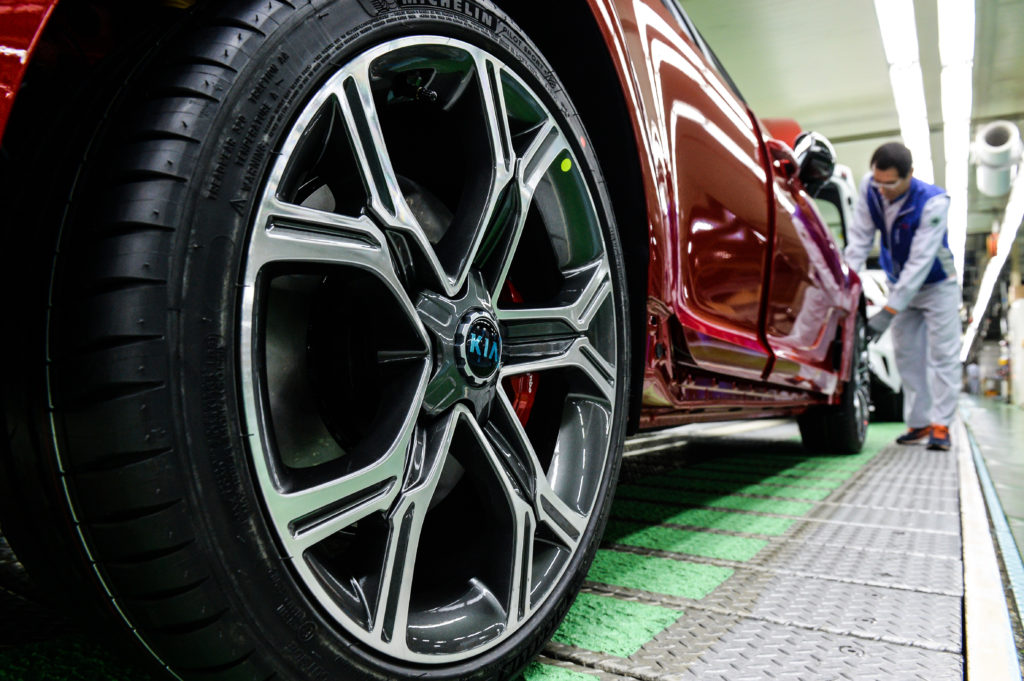 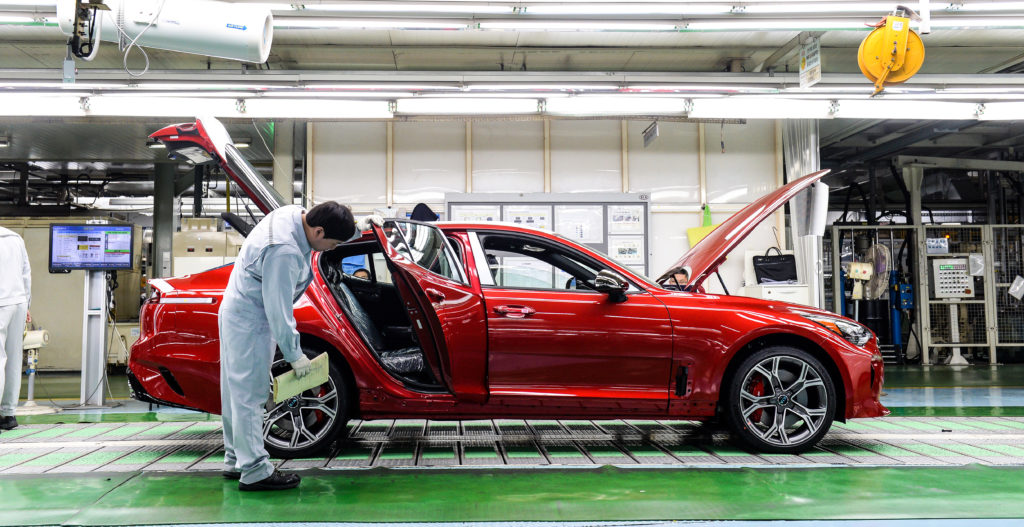 Other vehicles are also manufactured at the Sohari plant like the Rio and the Carnival minivan which is called Sedona in the United States. Kia sells 3 million cars globally and the plant produces around 10% of that volume. The plant runs efficiently with a blend of humans and robots working in tandem manufacturing the vehicles. I observed more humans than I saw at other factories I have visited, but at 5,869 people you still have robots doing most of the heavy lifting. Walking through the massive complex was impressive. At the entrance, I saw the K9, the Stonic and the Pride and from there I went upstairs to get a briefing then begin my tour of the factory.There was great attention to detail, especially in the finishing section of the assembly shops. I have visited a number of factories around the world and Kia’s factory was on par with everything I’ve seen. Seeing the manufacturing process also explains the rapid growth I mentioned. South Korean manufacturers can compete with anybody and I saw that firsthand. I can’t wait for my return to Seoul.

After my factory visit I returned to Seoul between stops in Japan and Beijing.I got to hang out in Itaewon where several Americans frequent along with locals. At 2 in the morning the streets were gridlocked and I literally had to get out of the cab I was riding in to walk to a club called Alley Sound where a DJ was spinning a record I released in 1997 called Penetrate the Soul. I was amazed at how people were dancing and freestyling over the instrumental so I decided to join the merriment by performing a verse a cappella. Afterwards, I hung out with some fans who had now become friends along with the DJ and we went to a chicken spot called 엉터리통닭 ( Translated to Cracked Chicken in English) which I’m told is frequented by celebrities. It was 6 am, but the elderly woman who runs the spot made us special Korean chicken that we enjoyed while discussing my life as a young artist and father in DC in the late 90s. The DJ informed me that my record is one of his 10 favorite records of all time and I was in awe that he had a 21-year-old copy of my music that I don’t even have myself. It is amazing how culture allows us to influence each other and with that, I gained additional insight into the rapid advancement of South Korea. Despite many influences, they did it their way and created something entirely unique.As I boarded a plane to Beijing a few hours later I reflected on my great visit to this amazing country and looked forward to my return.Next Stop: Japan and Mazda. 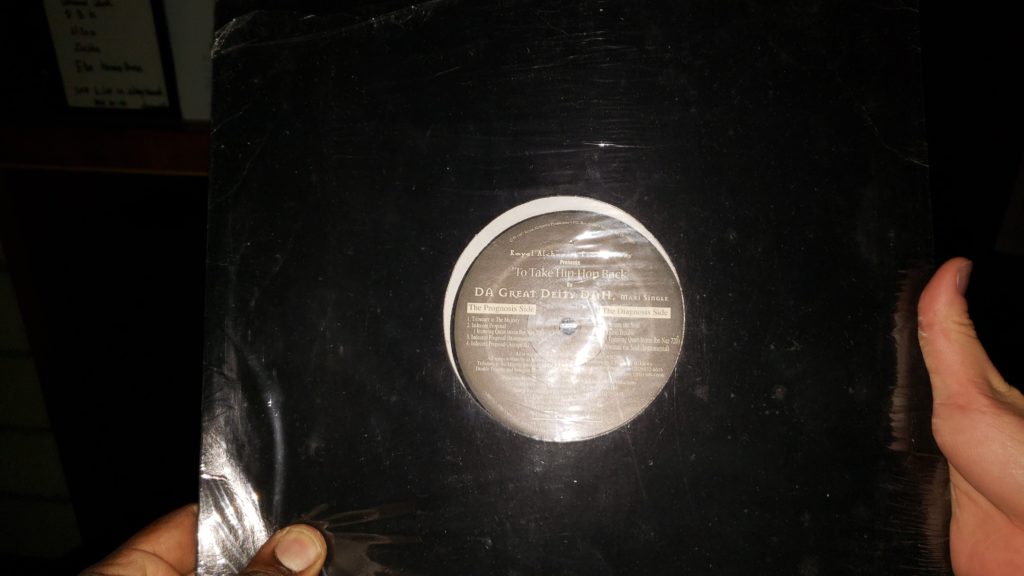 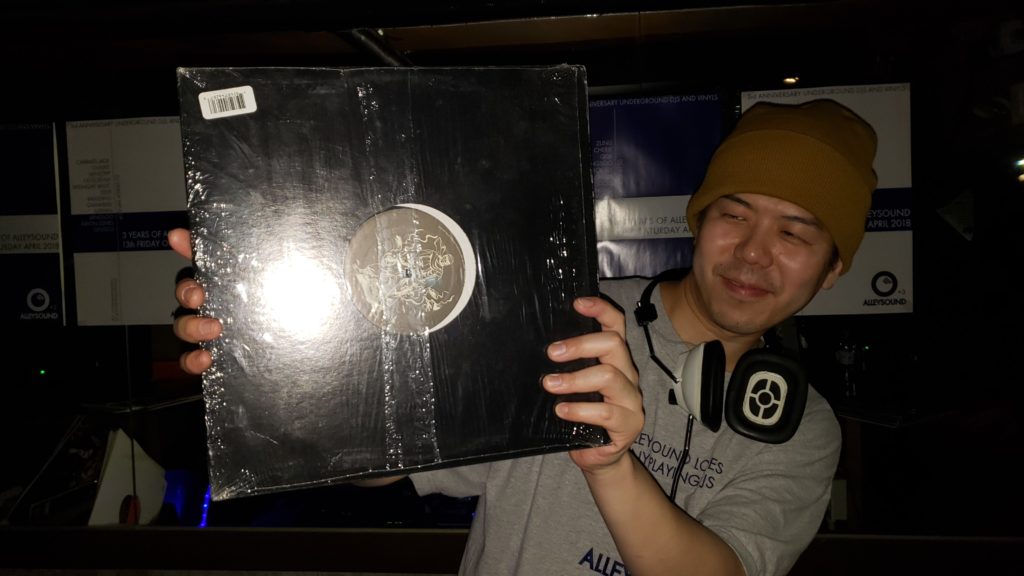 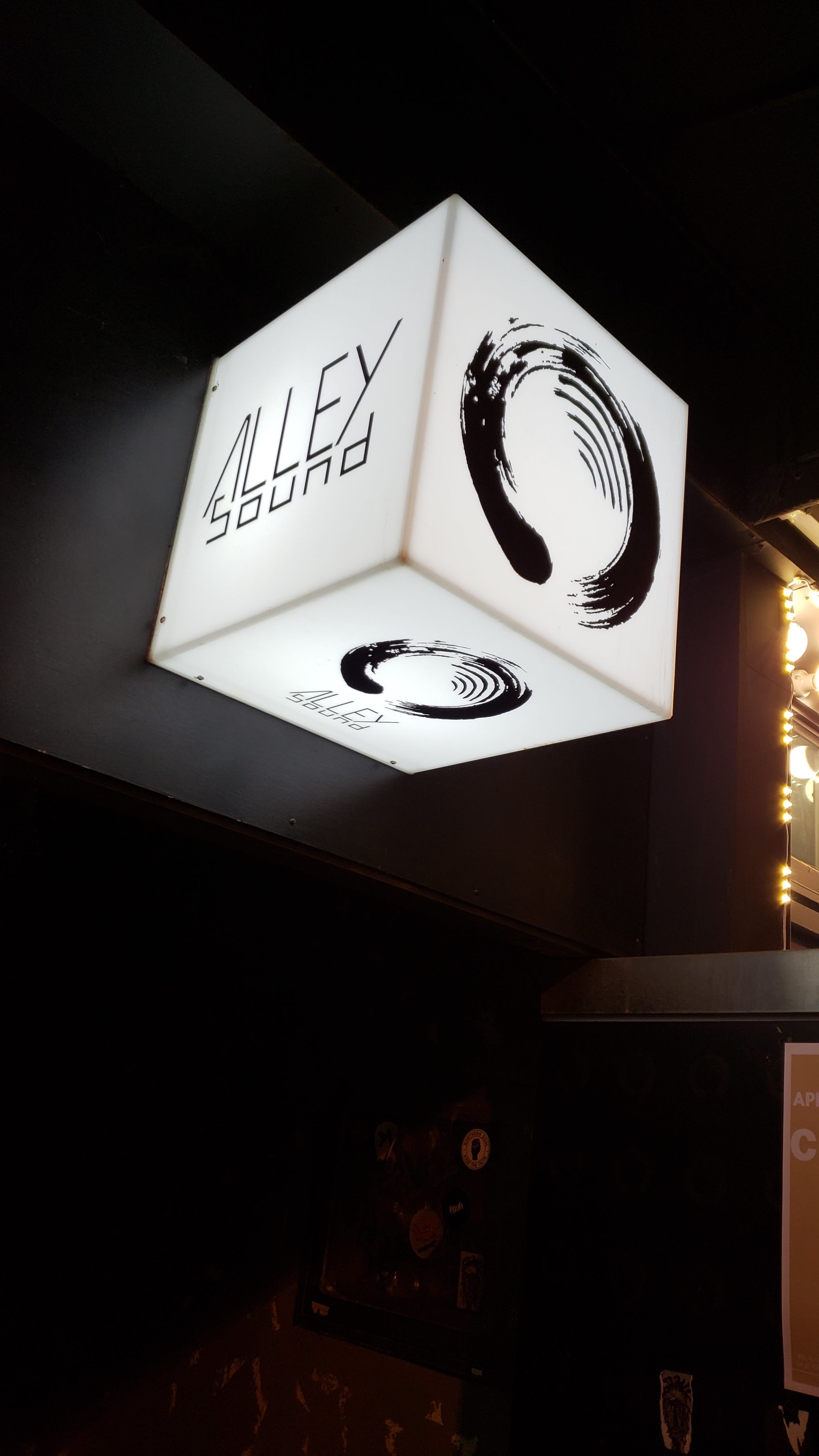 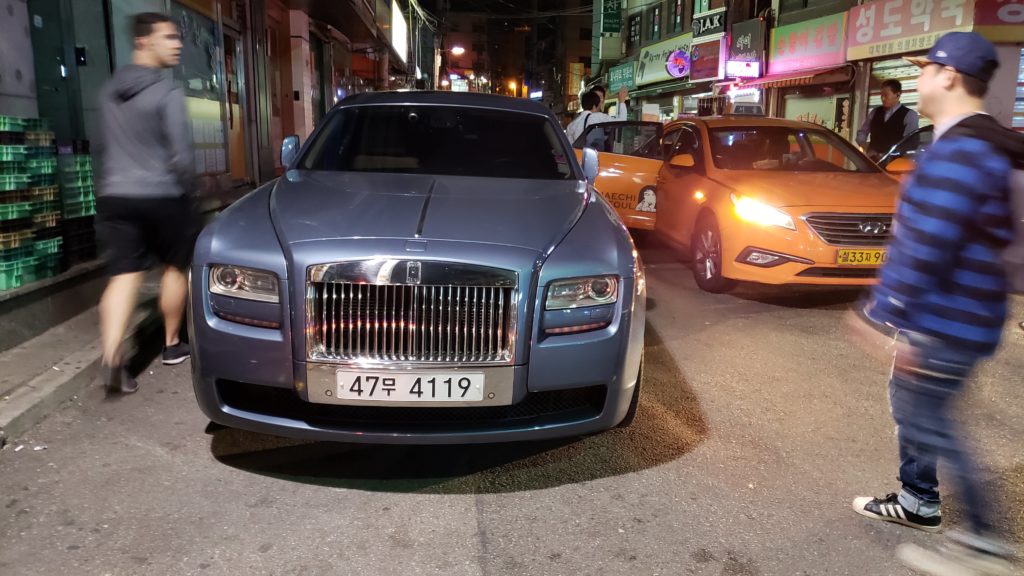 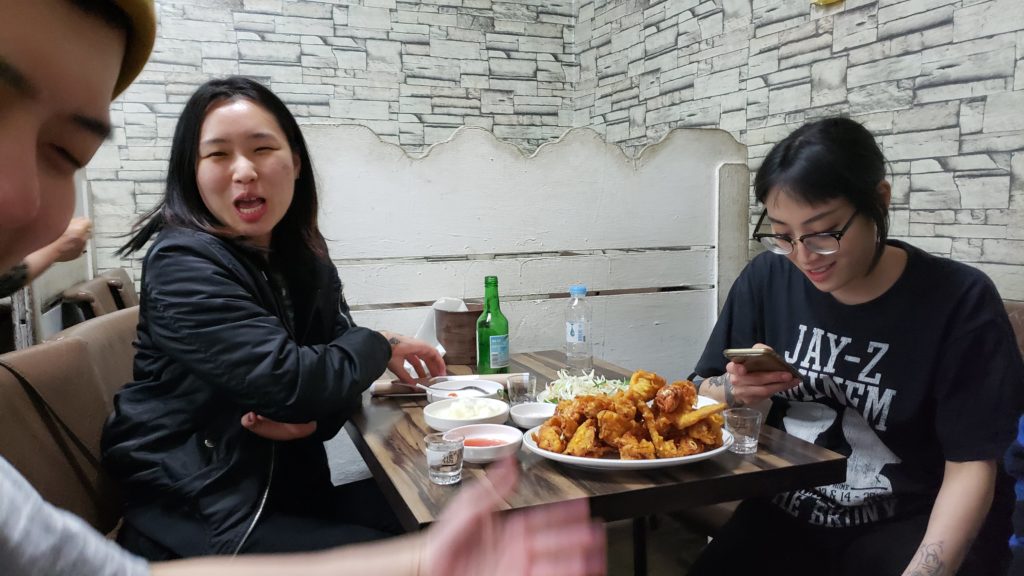 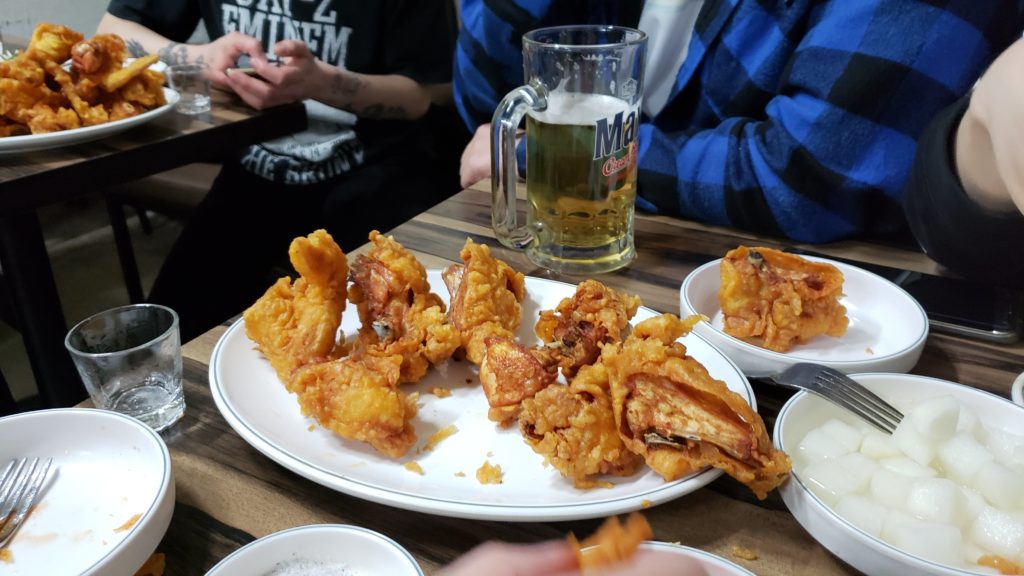 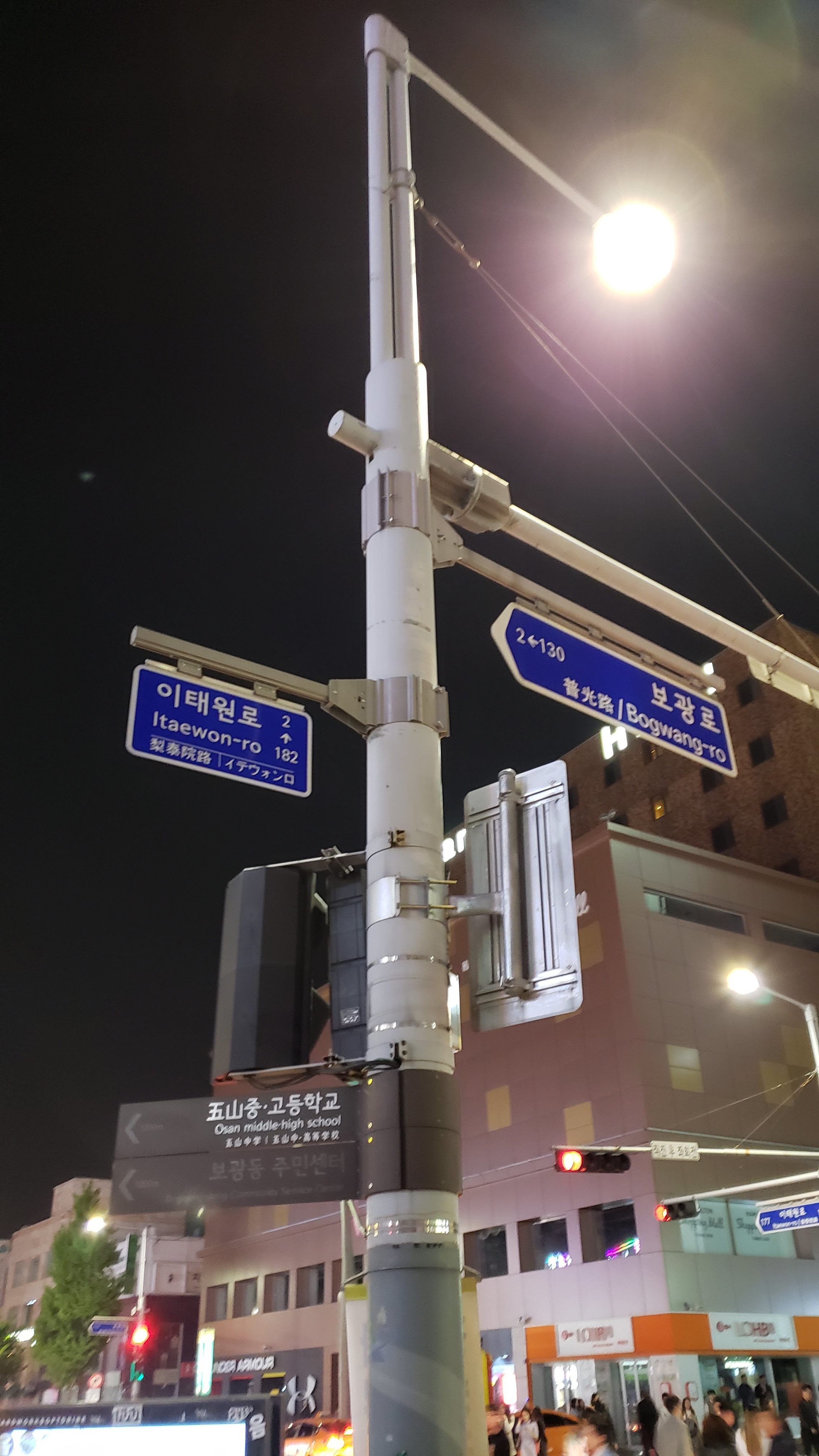 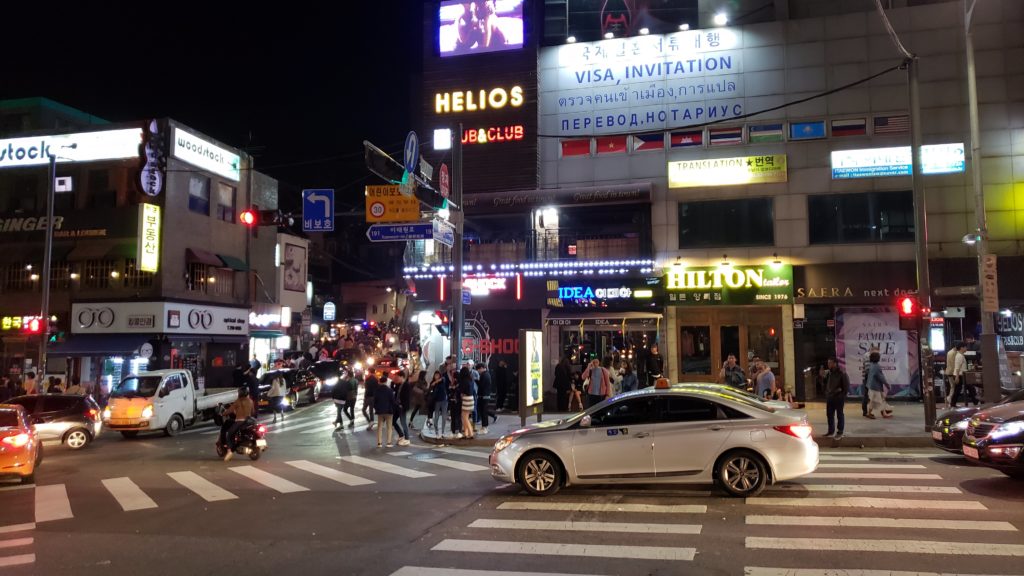 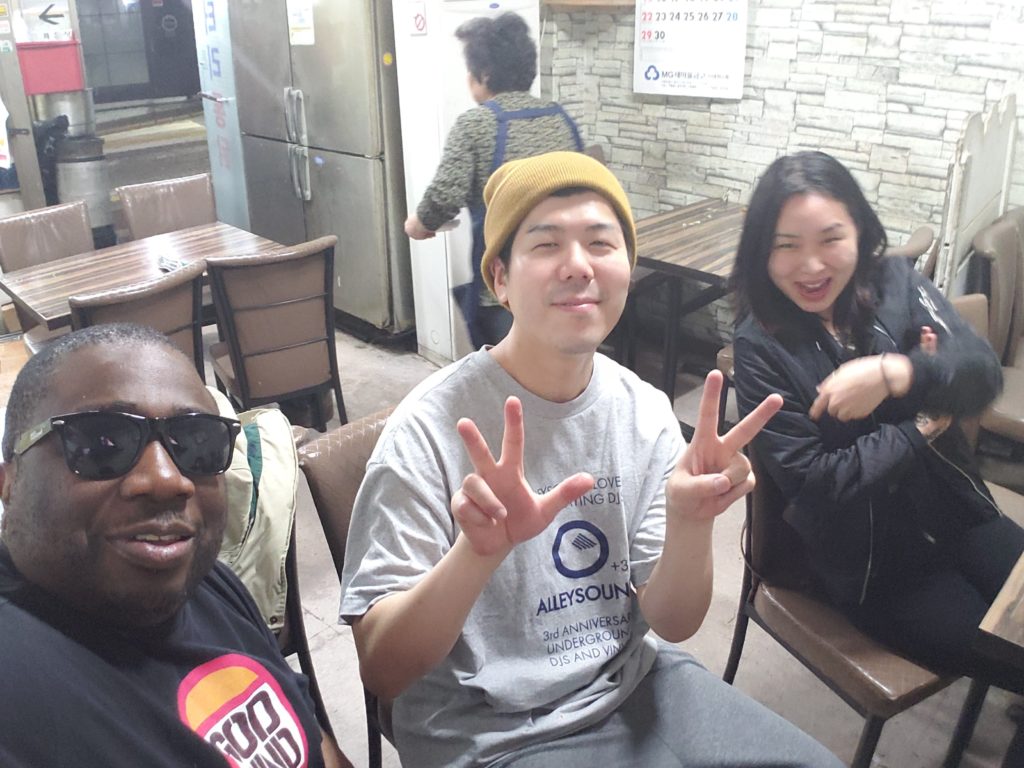