Mazda, since its departure from the Ford umbrella, has forged a new direction based on a core fundamental driving experience, SKYACTIV, and new design language, KODO, and an ability to create vehicles that are distinct in their segments. To stand out, Mazda has used premium materials and technology while making affordable products. Mazda is not opposed to future alliances, as is evident in their partnership with FCA to produce the new MX-5 and the Fiat 124 Spider. The partnership, however, is more for Mazda to supply manufacturing for the Fiat 124 Spider while the MX-5 is entirely engineered and manufactured by Mazda. I had a chance to speak to the vehicle line manager, Rod McLaughlin, at a drive event for the MX-5 which I wrote about in this issue. Our fascinating dialogue on Mazda and his career is below. 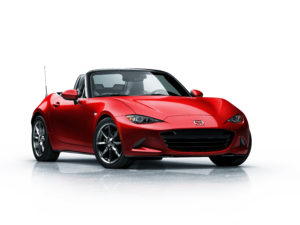