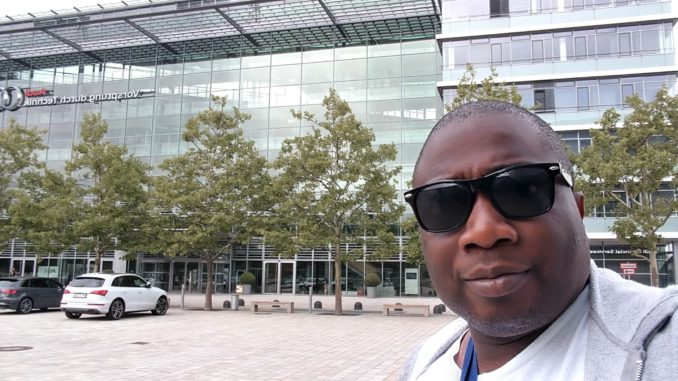 My visit to Ingolstadt was a voyage I had been dreaming of for years.  I am a huge fan of Audi and the brand has been popular in urban culture since the Audi 5000 debuted in the United States in the early eighties.  I have been fascinated by the heritage of the brand and the origins of the Auto Union for as far as I can remember.  The four rings in the Audi logo represent four companies: Audi, Horch, DKW, and Wanderer, that each had their own heritage and united to form the Auto Union in 1932. 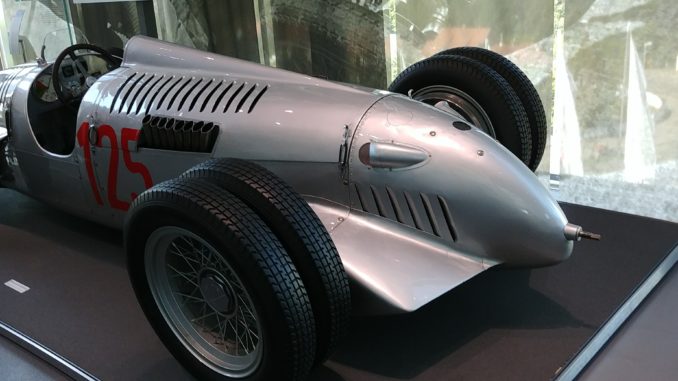 The countryside was breathtaking and travel on the DB was easy and efficient. 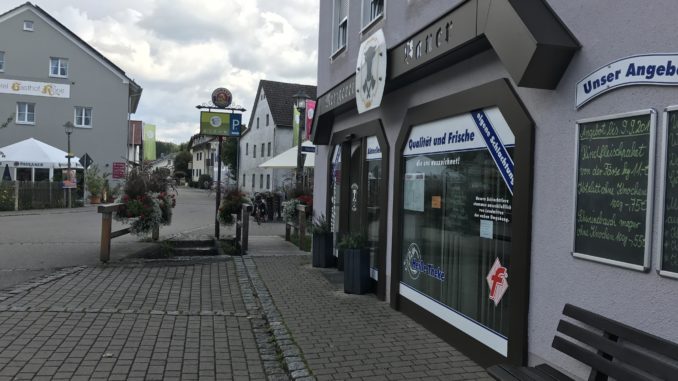 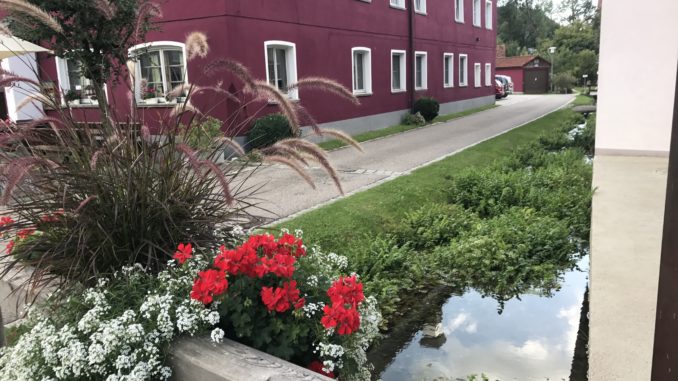 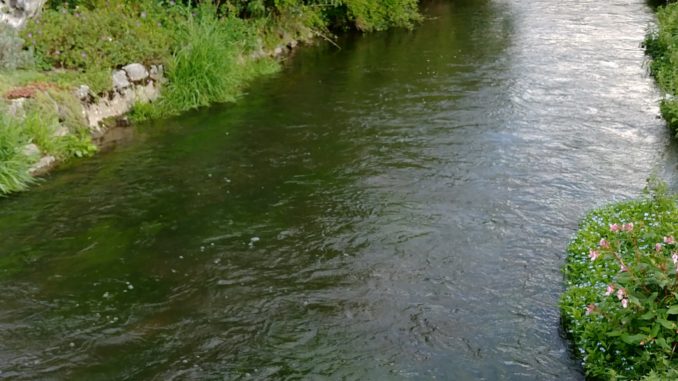 I made a stop at Kinding and stayed at a small hotel to get a pulse of the area.  I dined with friendly locals and found out that there were universities nearby, including ones in the nearby cities of Ingolstadt, Regensburg, and München also known as Munich (home of BMW). 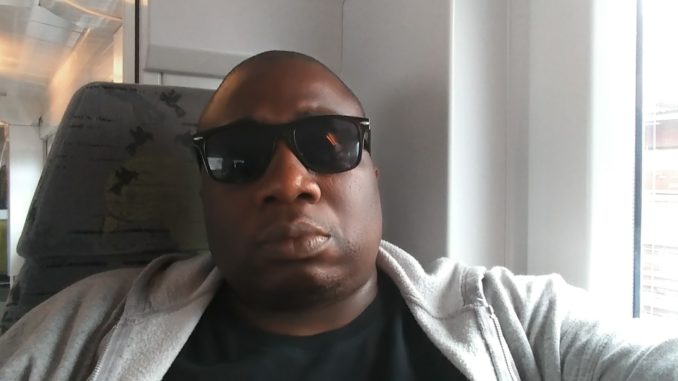 It took about 18 to 20 minutes on the ICE to get from Kinding to Ingolstadt and I was as giddy as one could be to arrive at the station and then take a bus to the Audi Forum Ingolstadt, which serves as a global headquarters, a museum and a main factory for the brand. 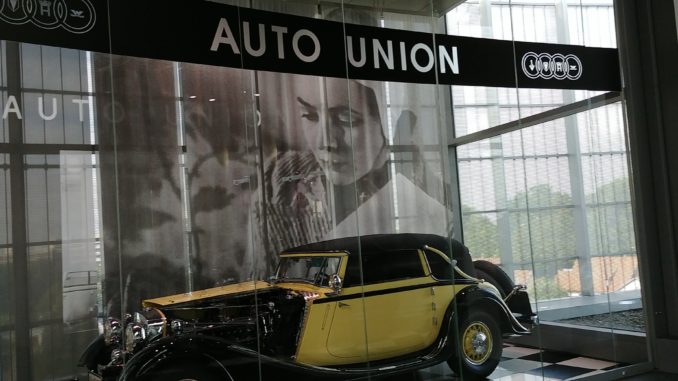 Almost 44,000 employees work at the Ingolstadt site.  Around 8,000 work in the assembly shop where about 2,400 vehicles are made daily with the aid of robots through human-robot collaboration (HRC).  The site is where several models are manufactured including the Audi Q2, Audi A3, Audi A4, Audi A3 Sportback e-tron, and the Audi A3 Sportback g-tron.  Around 1,800 employees at this facility are apprentices or are in a dual study program. 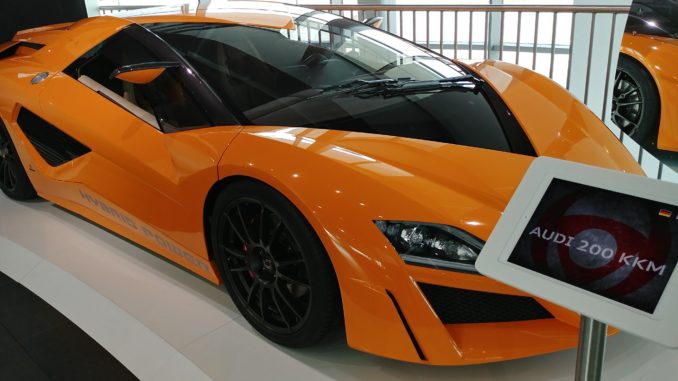 Virtual reality (VR) is used to train logistics employees, a notable observation as we have been using VR in our training and outreach program in the USA.  According to an Audi a press release, “Virtual reality is used by Audi in numerous areas of the company – from Sales and Technical Development to Production.  For instance, the first Audi dealers are already offering the ‘Audi VR experience’ during customer consulting in their dealerships. With this, prospective buyers can configure their virtual dream car and examine a lifelike replica down to the smallest detail.”

Audi also held its second Smart Factory Hackathon out of the Ingolstadt factory in October (2017), which is something we can appreciate, having run several hackathons out of our base at Carnegie Mellon University over the past few years.  Participants hailed from all over the world to competitively create solutions to real-life challenges in production and logistics in a 25-hour timeframe.  It is another opportunity for Audi to connect with potential future employees. 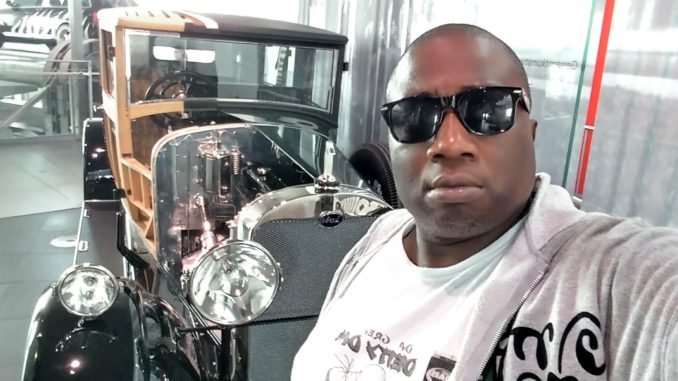 During my visit to the Audi Forum Ingolstadt, I visited the Audi museum mobile, where I observed an exhibit on the rotary engine and toured the factory and was stunned by the amount of technology and how it was seamlessly integrated into the design and function of the Audi headquarters. 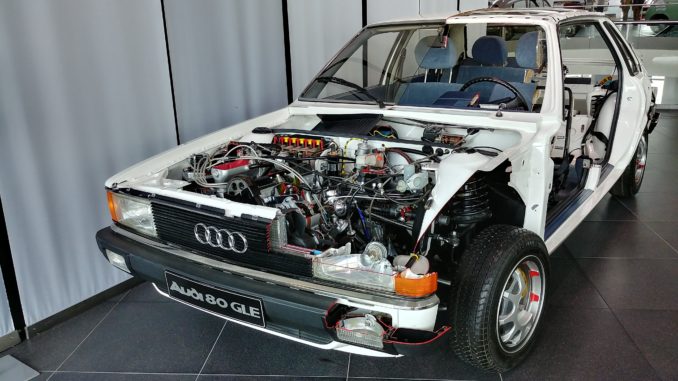 Customers can actually come to the Audi Forum and take delivery of their Audi vehicle.  I was told that about a third of the customers from Germany elect to take delivery from the factory. Consumers custom order their Audi’s and can get colors matching their lipstick or their favorite green, for example.  In 2016, almost 74,000 customers took delivery at the Audi Forum Ingolstadt and came far and wide to do so.  I was delighted to see some American families take delivery of their A5 sportbacks.  One family came from Minnesota and were already Audi customers and another were in the military and stationed in Germany. 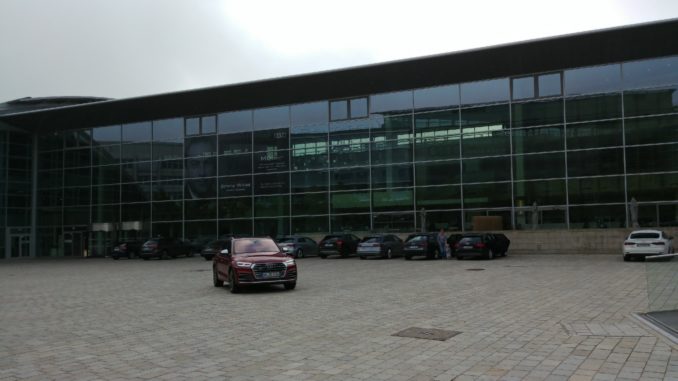 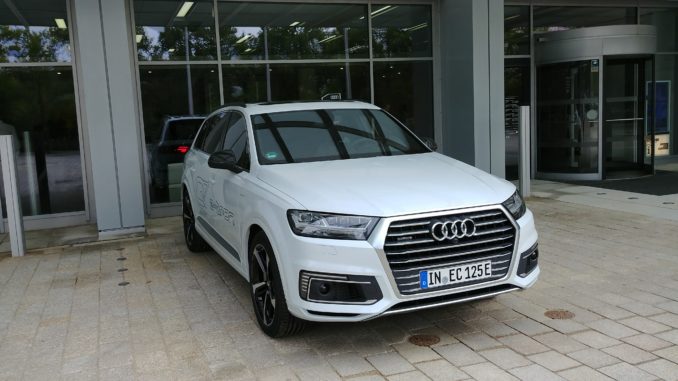 Actually, taking delivery in Ingolstadt or any of Audi factories worldwide would be my preferred choice and I was informed that the most recent factory in Mexico is actually the newest and is also home of the Q5.

What I saw in the factory was a technological marvel that reminded me of the Transformers movie and the fictional home planet of Cybertron.  Robots moved and operated with breathtaking precision and accuracy and in some instances, without the aid of humans.  Doors were fastened, metal was stamped, and windshields were affixed with up to 5 different model variations on the same assembly line.  Each vehicle had its own black box with details of the owner’s order, allowing the robots to relay the data into their assembly.  In the earlier stages of manufacturing, humans were less involved, other than to provide the materials for the robots to utilize in the stamping, painting, assembly and other processes of manufacturing.

Human worked closely with the robots, but the functionality and efficiency displayed by the robots was amazing.  In the later stages, I saw teams refasten doors, work on fit and finish, fasten wheels, work on electronics, and other functions to ensure the build quality of the vehicles.  There are several options customers can choose from, including 30 standard paint colors or the option to customize their own colors.  Around 2500 employees work in the paint shop alone at the Ingolstadt plant. This all serves to enhance the products Audi can make at the factory.  Regarding the final product, Audi now has a new 3D configurator for customers, where they can virtually enter their vehicles and get a more representative visual experience of what they are purchasing. 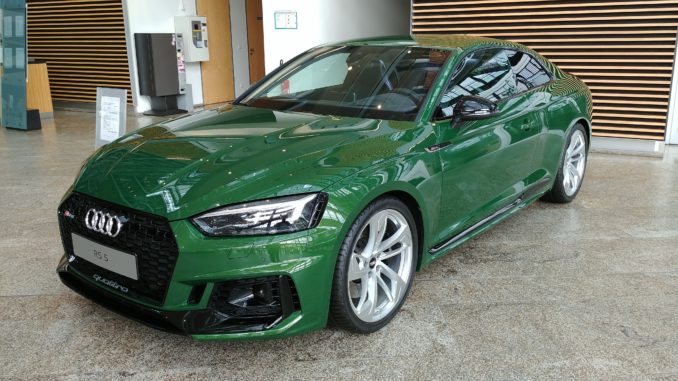 Groups can arrange for factory visits but best of all is the customer experience that includes driving, dining, a museum visit, a factory visit, and an overall experience that lends to a deeper engagement with the Audi brand and a better understanding of one’s vehicle due to the instructional assistance that comes with the delivery.  I look forward to visiting other Audi factories to see how other products in the lineup get made, including brands like Lamborghini and Ducati.  For more information, visit Audi Forum here.