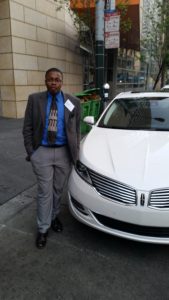 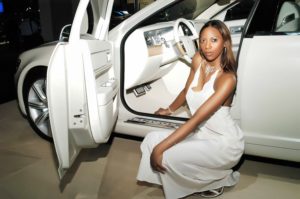 They sure do grow up fast. It seems like it was just yesterday when the MKZ debuted at the NY auto show as the Zephyr in 2004. Owners Illustrated Magazine was on hand for the birth and chronicled it with an exclusive photo shoot so it was with great pride that I rekindled with the MKZ as my son and I attended an exclusive event in Silicon Valley. I also drove the MKZ to the E3 conference in Los Angeles and the beauty was a star in Valet when I attended the Xbox briefing at USC. The MKZ has grown and it is great to see the development from an entry into the luxury market to a full-fledged technologically packed competitor, which excels in value and dominates in style and technology. Beyond the standard list of adaptive cruise control, lane assist, rear view camera with cross traffic alert, front sensors, on the safety side, the MKZ amazed me with the lack of a traditional gearshift. To drive the MKZ you simply push the start button then push the reverse button and push the drive button and you are on your way. In the stop-and-go traffic of LA it was interesting to see the MKZ drive accelerate and stop, vibrate, give voice prompts for destination and utilize SYNC to change the channel and media. You truly feel like you are in the future of transportation when driving the MKZ due to the amount of robotics involved. With Sirius Travel you can check for fuel prices locally, which I was able to do by voice command. Driving 20 miles took about an hour and a half in LA but the Hybrid came in handy and I was still able to get about 38 MPG in my drives. The MKZ comes standard with a 2.0L Hybrid with a CVT at the base price of $36,190. Features like cooled seats came in handy during my wait in traffic and the THX premium sound system was great. I was able to integrate both an iPhone 5s and Samsung Galaxy S5 simultaneously via USB. The MKZ is also able to assist with parking which came in handy when my son and I dined at Pho 84, a Vietnamese restaurant in downtown Oakland. Driving from LA to the Bay Area was a 400-mile excursion, which didn’t seem as daunting in the MKZ. You get 10-way power driver seats which allows for multiple ways to configure your driving position for what turned out to be a 6-hour drive going to LA and a 7 and a half hour drive coming back. My 5 days with the MKZ was a week before Father’s Day and it was a momentous event for my family as the MKZ is now in the folklore of my son’s trip to Silicon Valley where he showed his designs for an Android-based gaming console with a focus on use for education to bridge the digital divide. I couldn’t think of a more appropriate vehicle to travel and spend time in with my technologist son and cover the 2014 E3 gaming conference. The MKZ I drove was priced at $46,800 delivered with options like the technology package and entertainment group. For more information about the Lincoln MKZ, visit www.lincoln.com.